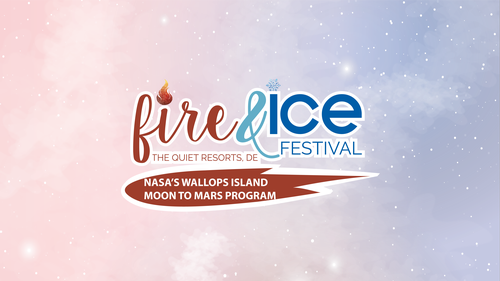 Event Description:
Join NASA Wallops Island in the lobby of Bethany Beach Ocean Suites for two special programs. On Friday, January 24, Rebecca Hudson and Lisa Sherman of NASA will be in the lobby teaching adults and children about their Moon to Mars Program. This program will run from 10:00 am - 3:00 pm.

Then on Saturday, January 25, join Jeremy Eggers and Amy Barra of NASA in the Bethany Beach Ocean Suites lobby for their Flight Facility Display. This program will run from 10:00 am - 3:00 pm.

NASA Wallops Island Moon to Mars Program
Working with U.S. companies and international partners, NASA will push the boundaries of human exploration forward to the Moon and on to Mars. NASA is working to establish a permanent human presence on the Moon within the next decade to uncover new scientific discoveries and lay the foundation for private companies to build a lunar economy. Right now, NASA is taking steps to begin this next era of exploration.


It all starts with delivery services to the lunar surface from U.S. companies for scientific instruments and technology demonstrations as well as a spaceship, called the Gateway, in orbit around the Moon that will support human missions to the surface with reusable lander elements for decades to come. The Gateway will, for the first time, give NASA and its partners access to more of the lunar surface than ever before, supporting both human and robotic missions. The agency’s powerful Space Launch System rocket and Orion spacecraft will be the backbone to build the Gateway and transport astronauts to and from Earth.

For more information on their Moon to Mars program, please click here.

NASA Wallops Island Flight Facility Display
Join NASA's Wallops Island in the lobby of Bethany Beach Ocean Suites as they prepare for the February 9th launch to replenish the International Space Station. Come out to learn more about the mission, ask questions, and learn about the best places to view the launch!

About the Replenishment Mission
Northrop Grumman's thirteenth contracted commercial resupply services mission, launching its Cygnus spacecraft aboard an Antares rocket from Wallops Flight Facility in Virginia, will deliver several tons of cargo to the International Space Station. For more information about the mission, please click here.