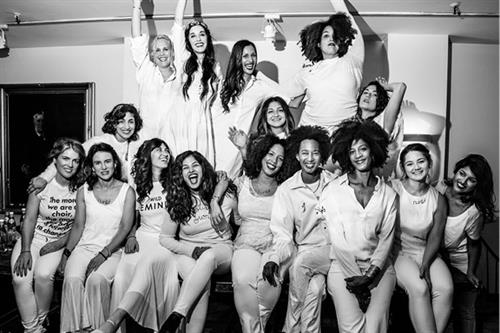 Event Description:
The Resistance Revival Chorus (RRC) is a collective of more than 60 womxn, and non-binary singers, who join together to breathe joy and song into the resistance, and to uplift and center women’s voices.

We center womxn in music, and address how historically marginalized womxn have been in the music industry. The great artist and activist Harry Belafonte once said, “when the movement is strong, the music is strong” and we attempt to live up to that call.

The RRC calls for justice and equity for womxn across racial, ethnic, economic, sexual identity and religious lines. We aim to be intersectional in our feminism and reveal that all social justice issues overlap heavily with womxn’s issues; to harness the collective power of womxn to help change the world; to celebrate each other through song; to embrace Toi Dericotte’s idea of “joy as an act of resistance.”
Location: