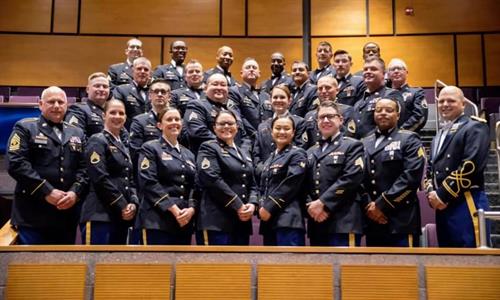 The 287th Army Band provides music throughout the full spectrum of military operations and instills in its soldiers the will to fight and win, fosters the support of its citizens, and promotes its national interests at home and abroad. Dating back over 230 years to the Revolutionary War, band members have always been an important part of the U.S. Army. Musical elements of the 287th Army Band include Ceremonial Band, New Orleans Brass Band, Rock Band, Woodwind Quintet, Brass Quintet, Jazz Combo, Sax Quintet, and Concert Band. 287armyband.com